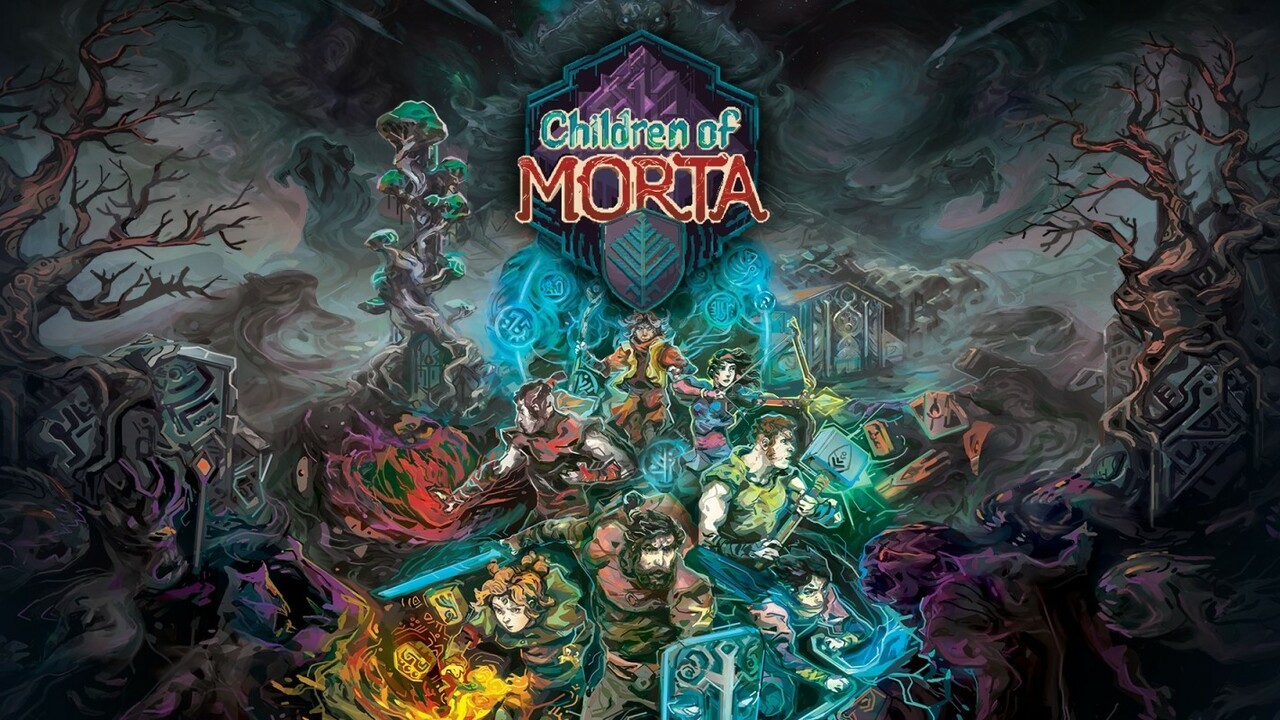 Why Dying is Essential in Children of Morta

... that’s how death becomes the narrator of the Bergsons’ epic story
by Lee Chesnalavage 28/03/2020
Children of Morta Story Trailer

There are many reasons why Children of Morta is a remarkable game but the one reason that has taken root in my mind is how the simple act of dying serves a much greater purpose. Children of Morta is a grindy RPG Roguelike about the Bergson family and their ancestral duty to guard Mount Morta. Mount Morta becomes sick, corrupting the forests and creatures around it, and so three generations of the Bergson family must travel to the peak and cure the mountain of its illness. As Children of Morta is a Roguelike dying is to be expected and it’s an unavoidable fate developers Dead Mage took advantage of in one of the most unique ways I have ever seen in a game.

Death serves two purposes in Children of Morta: the first one is familiar, and that is the joyous task of spending XP and currency on levelling up your chosen Bergson. The second one is much more interesting, and that’s how death becomes the narrator of the Bergsons’ epic story.

Thanks to the protection of Rea, and the installation of a giant magic crystal in their basement, the Bergson’s are essentially immortal. Whenever they fall in battle Rea spirits them away to the safety of the Sanctuary. So unsurprisingly, when you die in Children of Morta you’re teleported back to the comfort of the Bergson manor house where you can spend your accumulative wealth on perks, weapons and armour.

Much more fascinating than though, is that every time you’re resurrected, you’re treated to a short cutscene that pushes the story along. At first it didn’t seem that unusual and to be honest, it felt like I was being forced to die to activate a slither of exposition but the more I played and the more I died, the more I was rewarded with these little narrative nuggets. So much so, that I found myself greeting my demise with open arms, just for another hit of the good stuff. These snapshots of the Bergsons’ lives are impossible to reach without dying, and this is why dying is essential in Children of Morta. Death is the train that carries the story down the track. It’s a genius move on Dead Mage’s part; if dying is unavoidable you might as well use it as a tool, and in this instance it’s been re-purposed as the primary storytelling device.

Dying aplenty does come with a caveat though but it’s probably a sour point most players won’t share with me. At its core, Children of Morta has to be grindy and that can make the levels tiring to replay. Coupled with the fact that each Bergson can unlock perks that every family member can share, you’re going to be spending copious amounts of your time treading the same old ground if you want your main character to be even stronger. This means you have to replay Children of Morta from the start for every new perk you feel compelled to unlock. From a design perspective I love how there is a positive knock-on effect for putting the work in and maxing out every single Bergson but unfortunately, it’s a dangling carrot I don’t want a bite of.

If you would like to experience Children of Morta’s unique form of storytelling for yourselves, or if you want to take a big bite of that challenging carrot, it’s available on PC, Xbox One, PlayStation 4 and Nintendo Switch. Children of Morta had a recent update in February, adding a tougher difficulty mode, 2 new enemies and 18 brand new items.