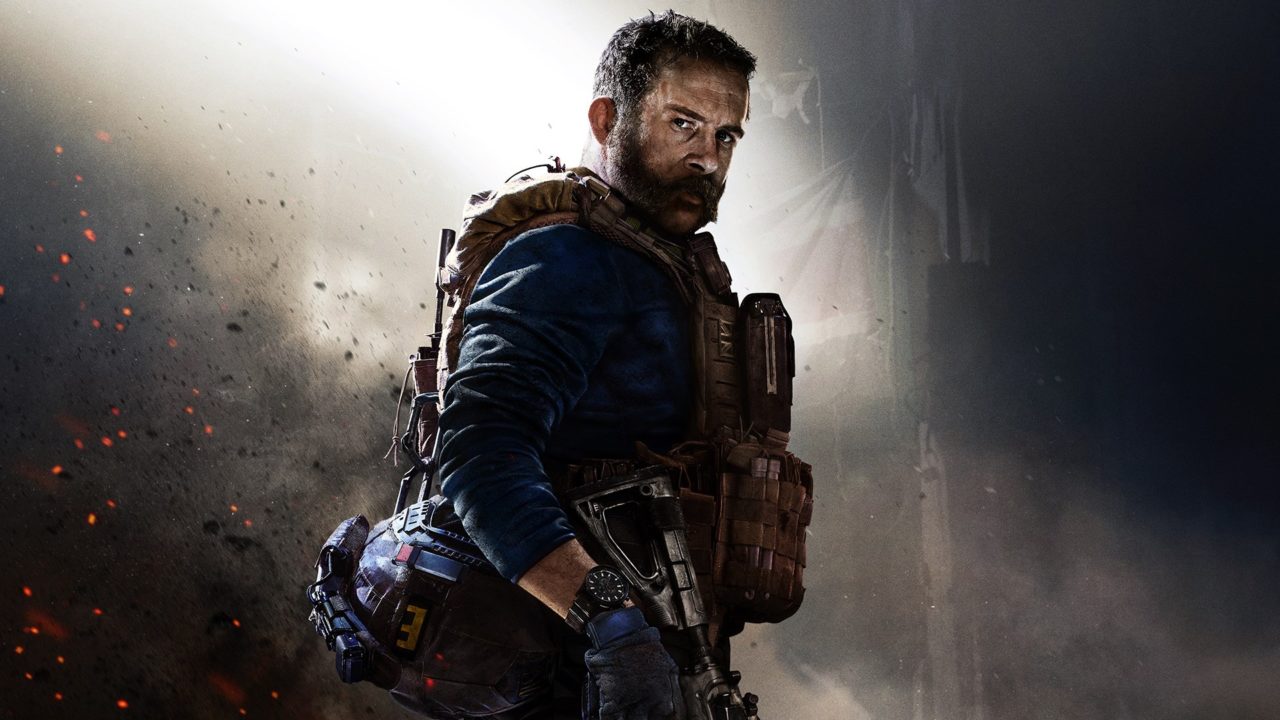 A decade after hitting my peak Call of Duty fandom, the series is finally enticing me back...
by Kyle Barratt 03/09/2019

Back when I was 13, Call of Duty was the main staple of my gaming life. There were other games and franchises I played but Call of Duty was a constant. And I was pretty good. That’s not arrogance speaking but rather the confident memory of having those lightning-fast reflexes of a prepubescent. But don’t worry, I wasn’t one of those squeaky-voiced brats who scream down the microphone at you. Instead, I was silent and deadly. While I played the original Modern Warfare a few years after its release and enjoyed it, it was Modern Warfare 2 and Black Ops that were my primary FPS stomping grounds, after being first introduced to the franchise through World at War. I was a Call of Duty mega-fan. As the years passed, the games became increasingly repetitive at a rate matching the sharp decrease in my skill level, and Call of Duty: Ghosts became the last entry I picked up and played at launch. I’ve dabbled with both Advanced Warfare and Infinite Warfare but my enjoyment of the series dropped to just about zilch. I haven’t touched either of the games released over the last couple of years but the announcement of Modern Warfare, a reboot of the sub-franchise, piqued my interest. At first it seemed like a bizarre and almost artificially enticing idea – to bring in gamers who have moved away from the franchise by slapping an old title onto another disappointing new game – but after playing the Alpha, I think I’m a Call of Duty fan again.

I’m not entirely sure how but Infinity Ward have somehow done the impossible and made a new Modern Warfare game that feels like a back-to-basics encapsulation of what made its 12-year-old namesake great, while also being the most refreshing and reinvented Call of Duty in a long time. It doesn’t feel like a clone and yet it feels more like the original games than any of the other following instalments. It has recaptured that spirit and flow that I remember feeling tangibly when I was a mega-fan of the series. Just how the movement feels and the guns look and sound took me back. But it’s not a simple-minded nostalgia trip. It feels new and, well, modern. I know this is just turning into a cacophony of cheesy marketing phrases but it’s true. I don’t know how to describe it. It felt like playing those Call of Duty games from a decade ago but built and improved for the current hardware. It’s not just how the game felt but how I felt playing it. I felt like that 13-year-old playing Modern Warfare 2 again. The Alpha presented just a small slice of the game’s overall content with only one game mode: ‘Gunfight’. It’s a simple 2-vs-2 mode on a small map, the team that wins 6 rounds first is victorious and the weapons are changed every 2 rounds. It’s not the sort of mode I would typically play and for my first couple of games I wasn’t sure I liked it. After not playing the series for a few years I needed to get back in the groove and such a fast-paced game mode might not have been the best way to do it. But soon I learned to swim instead of sink and thoroughly enjoyed ‘Gunfight’, and I look forward to playing more when the full game is released. It shows off the strengths of Modern Warfare, with the fast and smooth movement, hefty weapons and the rotating guns show off all the cool new animations. It was a joy to play.

So, the game’s a return to form for the franchise but that was only one reason why I stopped playing Call of Duty. The other was my rapidly-depleting skill level and that’s less of an issue than I thought it would be. Maybe just how much fun I was having was masking the fact that I was quite bad at the game or maybe the return of the feel of the old games managed to lull me back into my old head space and muscle memory. Or maybe I’ve just accepted that at 23 my gaming prime is already behind me and I should just be enjoying myself. Whatever the reason, I had a blast and found myself winning more than losing, and by the end of the long weekend I was pleased with my performance. I’m absolutely abysmal with a sniper and a pistol but put a fully-automatic rifle or a shotgun in my digital hands and I’ll take the opposing team down before they realise the pre-round countdown has ended. It wasn’t all sunshine and mass-murdering rainbows however as I did have some issue with the Alpha, but most were more general complaints with the online experience. Sometimes I could easily find a match and other times I was in a lobby, looking at that little circle spin, for a good long time before I could play. In the final day of the Alpha I don’t think I had a single match with four players. One player either just stood there and did nothing, making for an easy target, or the matches were simply 2-vs-1 and those were never very fun. The maps were very much on a spectrum of quality, with ‘King’ being my favourite and ‘Docks’ a close second, but ‘Speedball’ I found too small and uninteresting. And then the weapon variance was far too low, which I hope is just because it was an Alpha build and not representative of the final game. You just seemed to be given the same weapons over and over again and more variety would have been nice.

To use a horrible cliché soundbite, as I am wont to do on occasion, I’d say Call of Duty is “back to its brilliant best”. Of course, I have only played the Alpha so far but happily the Beta is just a week or so away. At least it is for people who have pre-ordered the game and, after my experience with the Alpha, I’ve done just that and pre-ordered the game. I look forward to jumping into game modes that are more familiar to me than the ‘Gunfight’ mode and seeing if the game can continue to impress me. Where in the last few years I’ve rarely considered playing a Call of Duty game, Modern Warfare has now leapt into being my most anticipated game of the rest of 2019. “Just when I thought I was out; they pull me back in!”. 10 years after hitting the peak of my Call of Duty fandom, I’ve become a fan once again.

Did you play the Modern Warfare Alpha? If so, what are your thoughts? Let me know in the comments and be sure to geek out with me about TV, movies and video-games on Twitter @kylebrrtt.

The Agony Of 1v1 in Rocket League